Molecules act as local chemical messengers binding to specific receptors in adjacent cells to give a
concerted tissue response. This cell stimulation will result in a release of arachidonic acid from the
cell wall which after further oxidative metabolism via the eicosanoid pathways can result in the
production of prostaglandins (1). Cell activators stimulate PGE2 from arachidonic acid released
from the cell wall (see Fig.2). The ability of IL-1 to initiate prostaglandin synthesis is perhaps one
of its most important biological properties accounting for many local systemic effects (2).
As regular human chorionic gonadotrophin acts on receptors in early trophoblast cells,
transforming cytotrophoblast cells to syncytiotrophoblasts, prostaglandin E2 will be produced from
all those membranes. The prostaglandin E2 is known to be a very emetic eicosanoid.

In flesh and bones of medical cell biology. Section 3 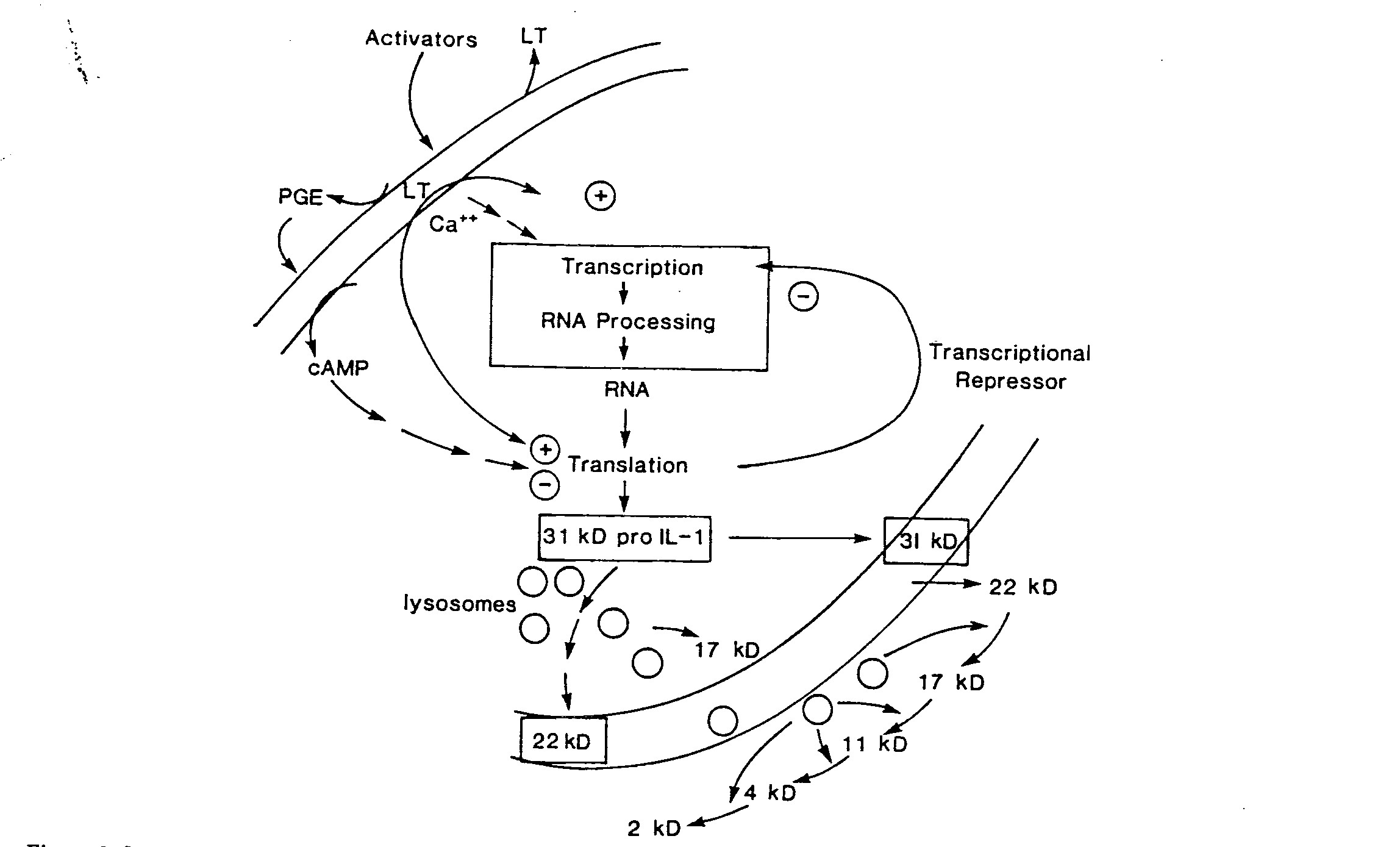 Figure 2. Steps in the transcription, translation and processing of IL 1. Cell activators stimulate PGE, leukotrienes (LT), and intracellular calcium levels. Transcription and translation are enhanced by calcium and LT. Transcription is short-lived because of the synthesis of a transcriptional repressor protein (or proteins), and translation is reduced by PGE-induced cAMP. The 31,000-Da Il-1 precursor (pro IL 1) undergoes limited cleavage into 220,000- and 17,000-Da peptides that can be found associated with the cell as well as in the extracellular compartment. Membrane-bound IL 1 can be 31,000-Da product. Lysosomal enzymes and serine proteases are responsible for cleavage of pro IL 1 into various peptides with molecular masses of 17,000 (the prominent extracellular form) and also of 11,000, 4000 and 2000 forms as determined by gel electrophoresis.

"HG has been a very isolating experience, when i called the helpline i felt listened to for the first time. It gave me the confidence to go back to my Midwife and ask for further help."

Hyperemesis Gravidarum rarely ends at 12 weeks of pregnancy. It typically improves in the middle of pregnancy, but symptoms often last until birth.

We are currently looking to expand our team with the appointment of a new Support and Development Coordinator: Support...

"You've been there for me and I've not felt alone."