A. Human Chorionic Gonadotrophin (HCG) Mediated Glycogenolysis in Human Placental Villi.
The acute in vitro effects of hCG and Prostaglandin E2 on human placental glycogen metabolism
have been studied in immature 8-20 week placental villi in short-term culture. hCG elicited within
15 minutes of culture an acute glycogenolytic response in placental tissue which included a
decrease in placental glycogen, an activation of the glycogen phosphorylase enzyme system, and a
pronounced elevation of cyclic AMP concentration of the placenta. The presence of Prostaglandin
E2 in the culture medium evoked a similar glycogenolytic effect in immature placental villi
including the increase in tissue cyclic AMP levels (1).

The activity of glycogen phosphorylase was consistently and markedly affected by hCG in all the
immature placentas studied. The activation of phosphorylase and subsequent glycogenolysis after
exposure to hCG may be a function of cyclic AMP as observed in other tissues. Within 30 minutes
of exposure to 50 iu/ml hCG the placental glycogen content was decreased. There was an increase
in the active form of the phosphorylated enzyme and a pronounced elevation in the ratio of
phosphorylase a (active form)/b. Accompanying this glycogenolytic response was an 82% increase
in placental cyclic AMP concentration (1).
The effects of 10mg/ml Prostaglandin E2 were more marked than those of hCG on activation of
phosphorylase. Prostaglandin E2 induced a larger decrease in placental glycogen and a 149%
increase in cyclic AMP concentration in immature placental tissue (1).
Reports on human placental adenyl cyclase and its sensitivity to be prostaglandins (2) and
catecholamines (3) further suggests the possibility that glycogen turnover in the placenta may be
controlled by gonadotrophins operating on an adenyl cyclase AMP phosphorylase system (1).

B. ß-hCG subunit is thought to be hormone specific and responsible for receptor activation. The hCG formed by the human placenta stimulates the steroidogenesis of the corpus luteum in early pregnancy. Until 8-9 weeks of gestation the corpus luteum produces the progesterone necessary for maintaining pregnancy (4).

D. (i) hCG showed a significantly positive correlation with T4 (0.05) lymphocyte count
(<0.01)1GM (<0.05) C3 (<0.05) in the hyperemesis group compared to normal pregnant
women (controls). There is a structural homology between hCG and TSH molecules and
their receptors. It is conjectured that hCG is the thyroid stimulator of pregnancy. The
thyroid gland of normal women may be stimulated by hCG secrete slightly excessive
quantities of T4 and also induces slight suppression of TSH. It has also been suggested
that clinical thyrotoxicosis is caused by circulating hCG with higher biological activity
(6).

D. (ii) If hCG is the thyroid stimulator of pregnancy how can there be a weak association
between hCG and the degree of hyperthyroidism (in individual patients)? The answer to
this question may lie in the action of variants of hCG of differing thyrotropic potential.
The principal difference between hCG and other glycoprotein hormones (LH, FSH, TSH)
is the large 31 amino acid tail, the carboxyterminal portion (B-CTP). Whereas LH is 10
times more potent than intact hCG at stimulating the TSH receptor, mutant hCG lacking
the B-CTP is as potent as LH. This variant form of hCG having greater thyrotropic
potential may also be found in otherwise normal pregnancies characterised by
hyperemesis gravidarum. What is commonly referred to as immuno-reactive hCG is a
mixture of Free /-.LM3$O6**$H-hCG, deglycosylated hCG, asiolo-hCG and hCG
completely lacking the CTP (7).

Basic fractions of hCG were much more potent than intact hCG in stimulating the release
of c’AMP when they combined with TSH and LH receptors. These basic fractions
correspond to deglycosylated hCG lacking the B-CTP. This type of hCG is seen in molar
pregnancies. Goodwin found that compared to 23 gestational matched controls 39 patients
with hyperemesis gravidarum had elevated free /- hCG. Part of the puzzle of the
relationship between hCG and NVP may lie in the fact that measurements of intact hCG
do not reflect various factions of differing potency (7).
Another important clue to the hormonal etiology of NVP may lie in variations within the
hCG receptor. Mutations have been described in the glycoprotein hormone receptors, just
as for the hormones themselves. A patient with hyperemesis gravidarum was found to
have a familial gain of function mutation in the TSH receptor making her extremely
sensitive to hCG in pregnancy (7). Such cases could be explained by a mutation in the
glycoprotein hormone receptor in an area common to the TSH and LH/hCG receptor or by
variants of hCG that have greater potency in stimulating not only the TSH receptor but
also the LH/hCG receptor. How does hCG cause HG? Despite the evidence that hCG is
very closely related to the cause of hyperemesis there still lacks a good explanation for
how hCG can cause hyperemesis (7).
These findings strongly suggest that whatever the cause of thyroid stimulation in
pregnancy it is closely linked to the cause of hyperemesis gravidarum. It would not appear
to be hyperthyroidism itself however, since hyperthyroidism itself rarely causes nausea
and vomiting. (7)

E. In human term placentas hCG has a stimulating action on the armatisation process
(testosterone to oestrogen) as on glycogenolysis. c’AMP is a mediator of the effects of
HCG in the placenta. Young placentas obtained by therapeutic abortions during the first
trimester were also stimulated by hCG. hCG probably acts initially by increasing the
adenyl cyclase and the intra cellular concentration of cyclic AMP which in turn activates
the phosphorylase of the gland. The increased glycogenolysis probably produces great
amounts of NADPH via the pentose pathway. The addition of NADPH generating system
or of only 500mg of glucose- 6-phosphate increased the estrogenic production from
testosterone (aromatisation) as markedly as gonadotrophin addition. (ACTH is totally
inactive) (8).

hCG produced by fused and differentiated villous syncytiotrophoblast cells has numerous
functions, for example promotes progesterone production by corpus luteal cells, promotes
angiogenesis in uterine vasculature, promotes the fusion of cytotrophoblast cells and
differentiation to make syncytiotrophoblast cells, causes blockage of any immune or
macrophage action by mother on foreign invading placental cells, suppresses any
myometrial contractions during the course of pregnancy , acts on receptor in mothers brain
causing hyperemesis gravidarum (1). Considering these critical biological functions of
hCG there is a major paradox that exists. Individual hCG levels in serum of total hCG and
hyperglycosylated hCG vary extremely widely. In serum at 4 weeks of gestation (weeks
from the start of the last menstrual period) individual total hCG values vary by 824 fold
amongst different women with singleton term outcome pregnancies. Hyperglycosylated
hCG values vary even wider during this week of pregnancy 888 fold. In the 5th week of
gestation total hCG values vary by 704 fold amongst different women with singleton term
outcome pregnancies. Hyperglycosylated hCG values vary once again slightly wider 734
fold. How can all these pregnancies go to term and produce similar size babies?
The day of implantation is 3 to 16 days after the LH peak. The day of implantation is the
day of starting viable pregnancy. Dating this important date to the time of the start of the
last menses (week of gestation) is a source of great variability. Dating pregnancies to the
time of implantation is preferable to dating to the start of the last menstrual period but is
difficult in that it requires daily hCG measurements while attempting to achieve
pregnancy to determine time of implantation. Dating pregnancies is a cause of variation in
early pregnancy hCG values (1).
Examining 594 pregnancies from implantation to term only one other cause could be
found for individual variations of hCG. That is hCG daily increase rate in the first 4 weeks
following implantation. The increase rate per day ranged from 1.52 fold per day to 2.92
fold per day among 82 women. If this is considered over 7 days to be an increase of 18.7
fold v’s an increase of 1810 fold. Individual hCG daily amplification rate is also a major
cause of variation in early pregnancy hCG values. It is a fact that pregnancy to pregnancy
hCG levels vary greatly. One hCG-related biological activity was measurable, promotion
of progesterone production by corpus luteal cells at 3-6 weeks of gestation. During the 4th
week of pregnancy serum hCG ranged widely a variation of 824 fold. Serum progesterone
during the same period in the same women did not vary widely 16 fold (1). Interestingly
the case with extremely low serum hCG concentration the progesterone was slightly
higher than the medium. In the case with extremely high hCG concentration the
progesterone concentration was slightly lower than the medium. Why? This is apparently
due to the high hCG/LH receptor “spare receptor” concept. Under the spare receptor
concept, when only a tiny proportion of receptors is activated in a cell it may yield a
similar cellular response to all receptors on the cell being activated. Conversely in case
with extremely high serum hCG concentration lower than normal progesterone occurred,
this is due to a receptor down regulation in the presence of high hCG concentration. As
demonstrated high concentrations of hCG decrease the number of receptors on the cell by
degrading the receptor transcript in cells, reducing their half-life (9). Therefore the
severity of symptoms of nausea and vomiting of pregnancy is unlikely to be directly
related to the maternal hCG serum levels in individual pregnant women. 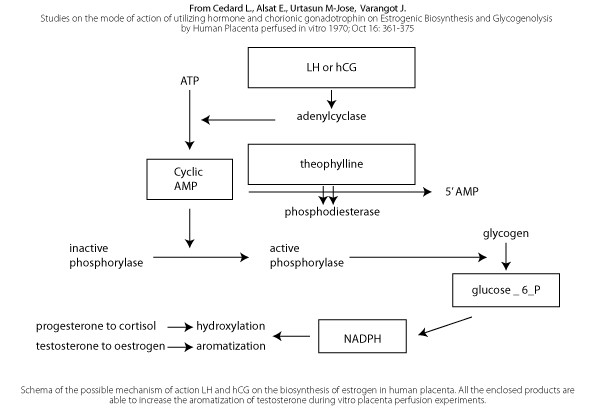 KETONES ARE NOT AN INDICATOR OF DEHYDRATION

Pregnancy Sickness Support is the UK charity supporting people impacted by Nausea and Vomiting in Pregnancy...

RT @bpas1968: A journalist is looking to speak to a woman who has had difficulties accessing contraception during the current lockdown. If…

"The helpline is a very compassionate service."