The formation of chorionic villi begins at the end of the 4 week of gestation that is from LMP.
Histologically they are classified into primary, secondary and tertiary villi. The primary villi are
composed of a central mass of cytotrophoblast cells surrounded by a thick layer of
syncytiotrophoblast cells. During the following weeks of gestation they acquire a central
mesenchymal core from the extra embryonic mesoderm and become branched forming secondary
villi (Fig.1). The appearance of embryonic blood vessels within their mesenchymal cores
transforms the secondary into tertiary villi (Fig.1). At the end of the 5th gestational week all three
primitive types of placental villi can be found, but tertiary villi progressively predominate (1). By
six weeks of gestation the villous tree is essentially composed morphologically of long immature
trunks, branching mesenchymal villi and syncytial sprouts. The mesenchymal villi are
characterised by a thick syncytiotrophoblast layer, a more or less continuous cytotrophoblast layer,
a villous core and capillaries with lumina containing nucleated red blood cells (Fig.1). At 8 weeks
of gestation the chorionic villi are well developed and surround the whole periphery of the
gestational sac (Fig.2). Up to 10 weeks of gestation villi cover the entire surface of the gestational
sac (1). Syncytium means a mass of cytoplasm with several nuclei not divided into separate cells
(Oxford dictionary).

A few days after the expected menstrual period it is possible to clearly distinguish the presence of
an intra uterine gestational sac, distinct from the uterine cavity, it is buried in the uterine mucosa
and appears as a round structure (Fig.2). This peripheral zone or ring is rich in echos and
surrounding the embryo is the ultrasound expression of a structure containing a large number of
interfaces. It represents a collection of tissues comprising the chorionic villi, the inter villous lakes,
the extra villous trophoblast. This ring is the site of maternal/embryonic exchanges. From the
moment the gestational sac is ultrasonographically evident the peripheral ring is complete (Fig.3).
At this time, the liquid cavities surrounding the embryo are themselves surrounded by the chorion
and trophoblastic structures. The latter progressively infiltrates the maternal decidua and remains
uniformly thick all along the periphery of the gestational sac until the age of 7 weeks. At 5 weeks
the ring is 3-4mm thick and triples within 15 days (Fig.2). After 10 weeks of gestation, two thirds
of the trophoblastic ring ceases to grow, while the rest, which turns into the definitive placenta,
continues to develop (Fig.3). There is no difference in echogenicity between these two structures,
merely a disparity in size (2).
The syncytial sprouts are the most numerous villous off-shoots of the early placenta. The sprouting
activity of the trophoblast is maximal at 10 weeks of pregnancy and decreases towards term.
During villous development the sprouts are invaded first by cytotrophoblast and then by
mesenchymal elements. Mesenchymal villi are continuously formed from trophoblasctic sprouts
throughout gestation and are the basis for the growth and development of all villous types (1).
Trophoblast means a layer on the outside of mammalian blastula providing nourishment to an
embryo (Oxford dictionary) for example, cytotrophoblast, syncytiotrophoblast cells and a thin sheet
of connective tissue and the fetal vascular endothelium (Fig. 4).

Mesenchymal cells gradually transform into small and large reticulum cells, fibroblasts and
macrophages (hofbauer cells). About 8 weeks gestation a basal lamina appears around the
capillaries and is only complete at the beginning of the third trimester. Fetal capillaries rapidly
establish contact with the basal trophoblastic surface. They are in intimate contact with the
trophoblastic layer as early as the 6th week of gestation (1).

It is well known that in the early stage of gestation the villi are quite large in diameter and
progressively decrease in diameter as term approaches. Initially the cytotrophoblast cells form a
continuous layer beneath the syncytiotrophoblast but as pregnancy advances these cells become
less prominent, which will have a major influence on the trophoblast thickness of the placenta. The
volume fraction for the trophoblast increases until 11 weeks and then decreases, while the volume
fraction of the villi occupied by the fetal capillaries increase progressively between 6 and 15 weeks
(1).

The primitive cytotrophoblast is derived from the cells of the wall of the blastocyst and gives rise
to all populations of trophoblast cells. The syncytiotrophoblast is the most active component of the
human placenta from embryonic period until the end of gestation (Fig.1). It has the highest
concentration of organelles (1) which are key to the complexity of function that can be achieved by
a single cell (3). The first trimester syncytiotrophoblast is rich in electron-dense granules, some of
the granules are hormone-secretory granules. Human chorionic gonadotrophin (hCG) granules
which predominate during the first trimester can be separated from human placental lactogen (hPL)
granules which are usually found in second and third trimester placentas. The /$hCG levels cannot
be correlated with the growth of the placental mass. The trophoblast thickness decreases
progressively with gestation, while hCG levels rise during the second month of gestation reaching
a maximum between 8 and 10 weeks of gestation, at a time when most of the placental mass
degenerates to form the smooth chorion. This suggests that the hCG synthesis depends on rate of
differentiation of cytotrophoblast into syncytiotrophoblast and reflects the invasive role of the
developing placenta (1).
The trophoblast surface is covered with microvilli. At 10 weeks the microvilli are long (measuring
approximately 1.5µm) and become shorter as pregnancy progresses. Microvilli increase the surface
area of the villi in contact with maternal blood and being richly endowed with enzymes and
receptors facilitate placental transfer of water, gases and nutrients to the embryo or fetus (Fig.4).

In early pregnancy the villous core is filled by small, spindle shaped undifferentiated cells with
long thin cytoplasmic processes. Large reticulum cells and fibroblasts also develop and secrete the
collagenous matrix that evidently fills most of the inter-cellular spaces of the tertiary villous core
as well as providing structural support. Stromal cells form intimate connections with each other
and also with the trophoblastic basement membrane. Hofbauer cells or villous macrophages are
observed in chorionic villi of an 18-day embryo and are present in their highest concentration early
in pregnancy. Immature or intermediate Hofbauer cells can be found in the core of secondary villi,
even before angiogenesis begins and all through the first half of gestation they are the numerically
dominant cell type in the villous mesenchyme (1). 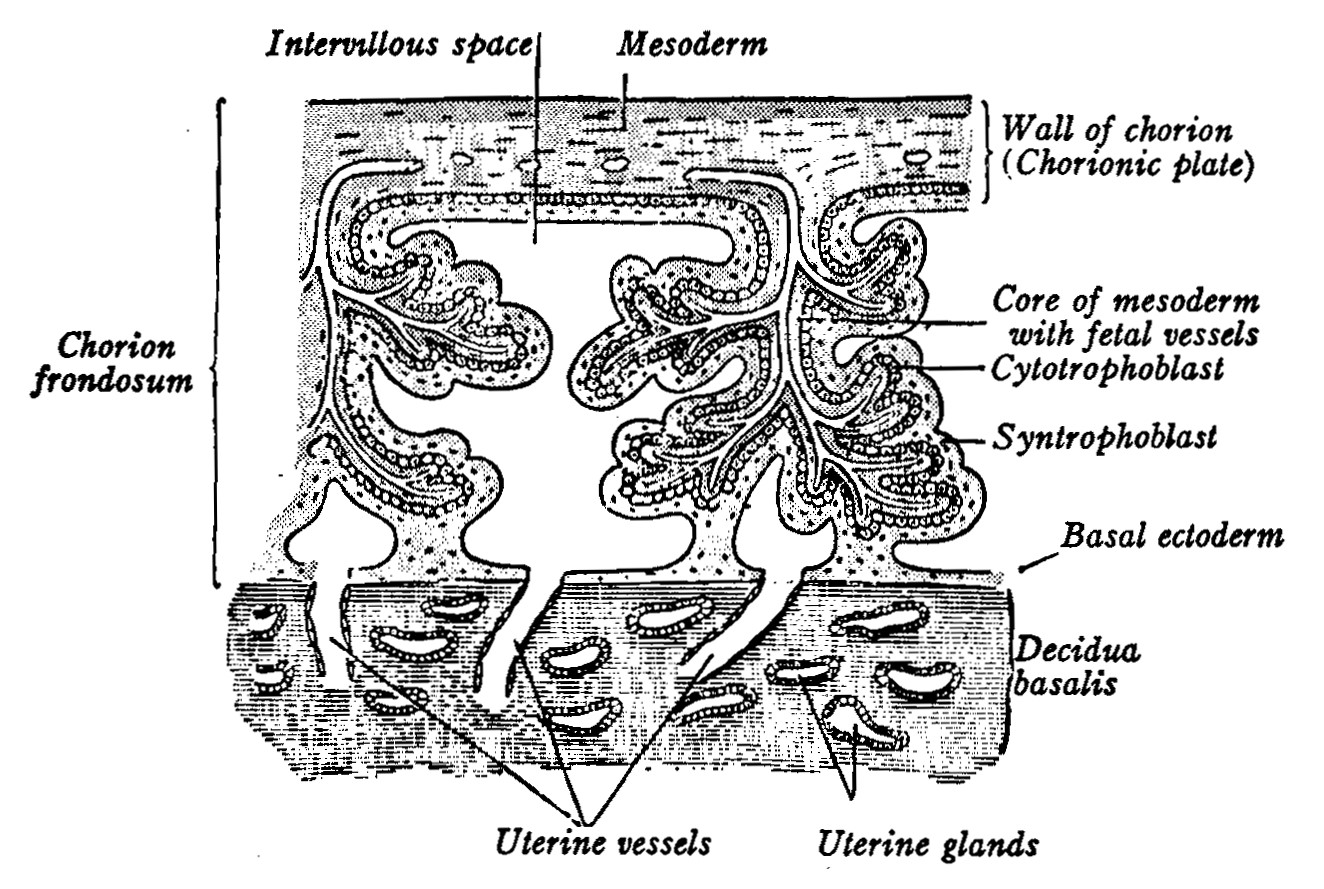 These chorionic villi surround the whole gestational sac as a complete circle at 5 weeks gestation. 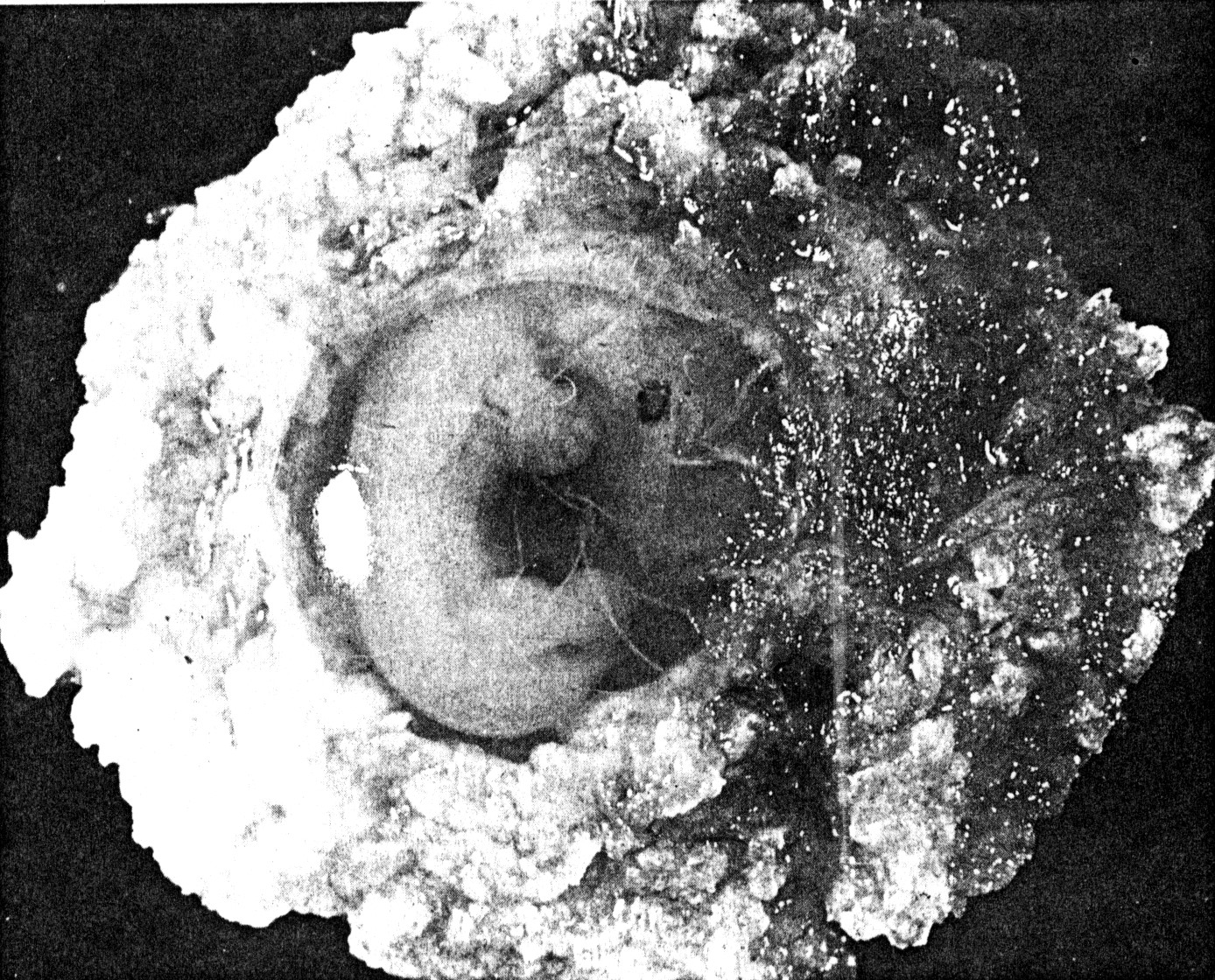 Photograph of a gestational sac at 8 weeks of gestation.
The chorionic villi are well developed and surround the whole periphery of sac.
Reference (1). 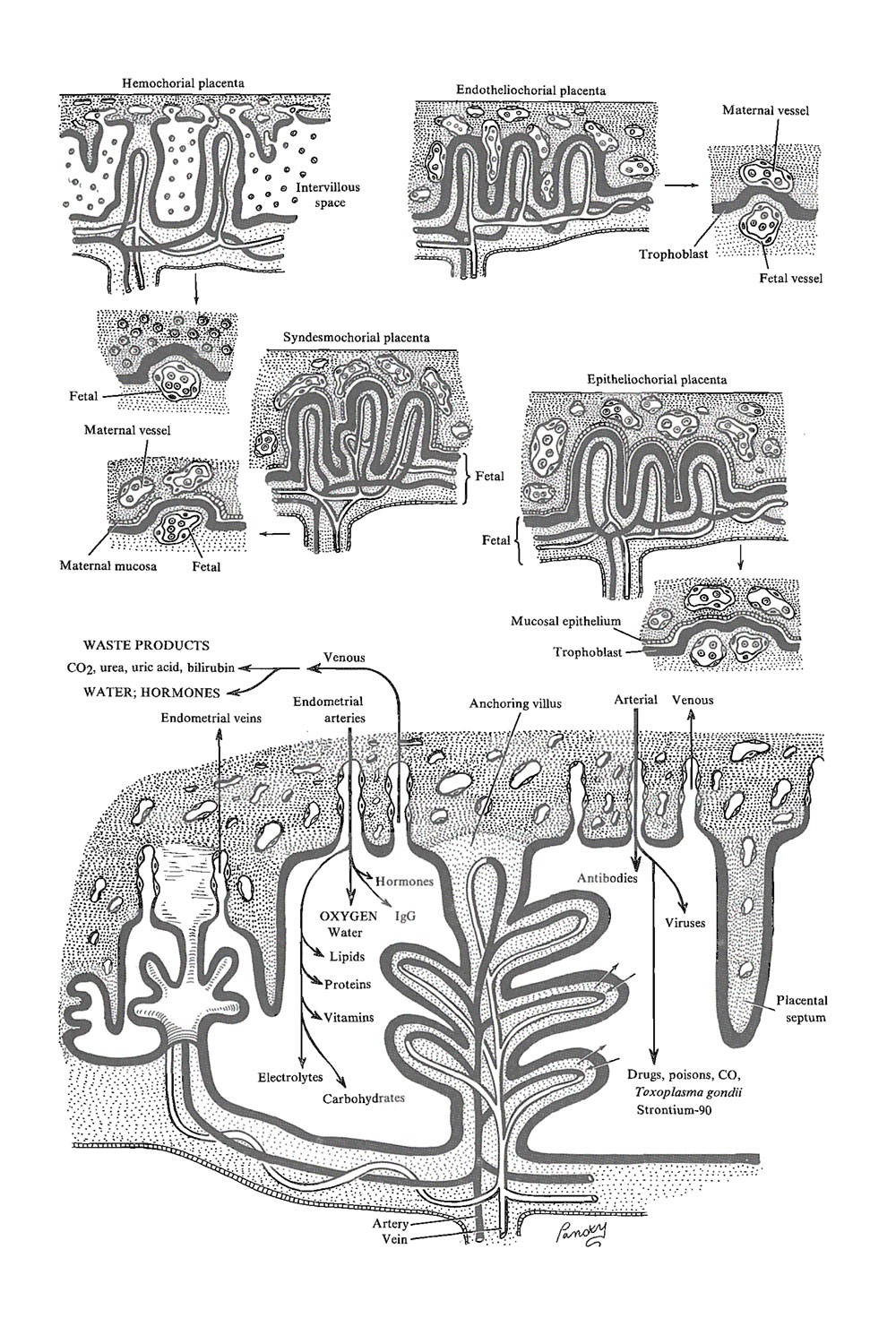 "HG has been a very isolating experience, when i called the helpline i felt listened to for the first time. It gave me the confidence to go back to my Midwife and ask for further help."

Hyperemesis Gravidarum rarely ends at 12 weeks of pregnancy. It typically improves in the middle of pregnancy, but symptoms often last until birth.

Researchers investigate the risk messages and advice given in pregnancy

Less than a week left to get in your grant applictions for the NSW Health HG Research Grant Programme, offering up… https://t.co/EAiL1tb8bj

"If it wasn't for the helpline I wouldn't have got the help and the treatment I needed to cope."