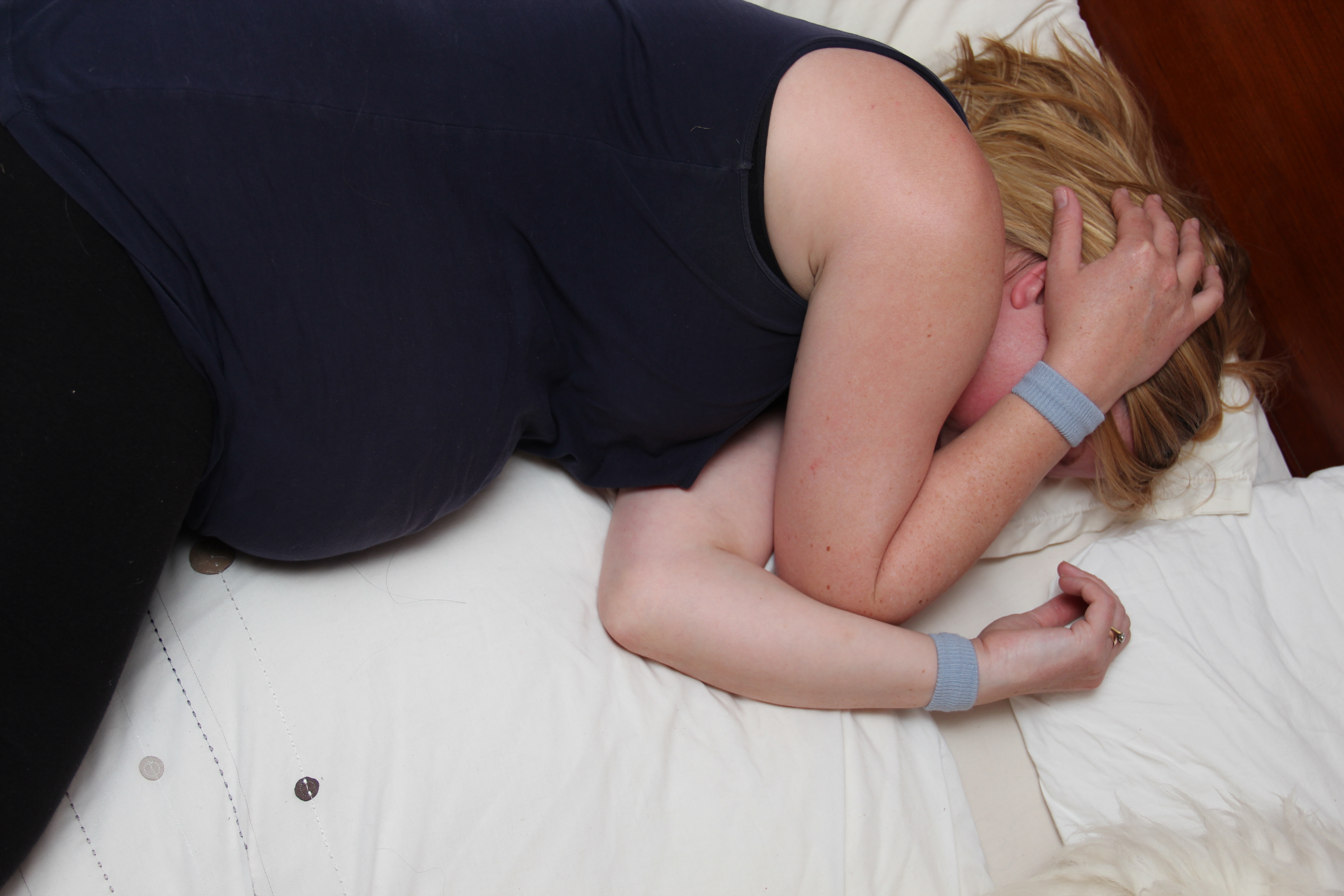 Some women experienced suicidal thoughts after feeling isolated, depressed, anxious and unable to care for themselves and their families

A systematic review of qualitative research on the impact of severe pregnancy sickness (hyperemesis gravidarum, HG) published today in the British Journal of Midwifery (doi:10.12968/bjom.2018.26.2.109) has shown that some women can become suicidal from the severity and long duration of symptoms.

The review, which was conducted by Pregnancy Sickness Support (PSS) and researchers at the University of Plymouth, involved 446 women, with four main themes encapsulating women’s experience emerging from the research:

Caitlin Dean, lead researcher for the review and chairperson for leading UK charity PSS, which runs a helpline for the condition, said:

“It is not uncommon for us to have calls to the helpline from women who are so distressed by the severity of the condition and the lack of help they are receiving that they are suicidal. We have to start taking women seriously. We may not have an effective cure for HG yet, but with a compassionate and holistic approach to care which appreciates the profound effect the condition is having on a woman and her life, women need not suffer as much as they currently do.”

HG affects around 15,000 pregnancies every year. Suicide and HG were recently linked in the tragic case of Polly Ross, a mother who committed suicide in 2015. The 32-year-old mother had been turned away from specialist mother and baby services and HG had compounded her mental health issues, an inquest heard.

Many women feel they are left with little choice but to end their pregnancy, and severe sickness is estimated to be a factor in at least 1,000 terminations per year.

“Swift and straightforward access to abortion services should always be available to any woman suffering from severe pregnancy sickness, but if we were able to acknowledge the severity of women’s symptoms and provide better support earlier, both in terms of clinical treatment and psychological support, it’s possible that some women would be able to avoid the termination of a wanted pregnancy. Whether the pregnancy ends in termination or birth, the longer terms effects of poorly treated HG are starting to become clear.”

The findings of the review are mirrored in reports PSS receive from women:

“I was constantly filled with guilt for not being able to look after my first child, and also had a constant fear of what would happen to the child inside me due to this sickness… I often thought about terminating. I was induced at 37 due to the sickness and when I first met my baby I felt nothing. I plunged into a deep depression but also experienced high anxiety and paranoia. I still cannot eat certain foods due to the sickness and struggle to do simple things like brush my teeth due to my sensitive gag reflex. I have experienced some suicide attempts due to the lack of bond between myself and my son. I slowly built a bond with my son, with the help from a lot of medication, therapists and psychiatrists but it took over a year to truly connect with him and feel like he was mine.”

Sally (who is currently pregnant) said:

“From weeks seven to about 14, 15 I was severely ill… I was sick constantly and I got very little help and the consultant that I was referred to originally wouldn't even consider seeing me for an appointment. This was at about nine weeks. My mental health really deteriorated and I was seriously considering termination.”

Roberta (who terminated the pregnancy) said:

“I couldn't function on any level. I was unable to: look after my children, go to work, get out of bed, watch TV, read a book. I lay in bed and sobbed for three weeks. I got out of bed to go for my scan. I got out of bed to sob at another doctor for medication (he asked my husband if I had had postnatal depression after my last pregnancy) I was told I could have Cyclizine from 12 weeks [first line medication that can be given at any stage]. I knew I couldn't survive until 12 weeks. I wanted to die. I wasn't brave enough to actually attempt suicide, but I spent time planning how I would if I could, and also hoping for a miscarriage or for something to happen to me to end it.”

All names changed to protect identities.

"Hyperemesis gravidarum has been underappreciated in the academic literature for far too long so we are pleased to be able to increase awareness of the potentially devastating effects of the condition through well conducted systematic reviews."

Tommy’s and Sands are working as part of a Maternity Consortium to reduce health inequalities in...

HG is a condition at the extreme end of the pregnancy sickness spectrum. It affects 1% of women with pregnancy sick… https://t.co/dj4ditHrW5